Udaipur, the capital of the former princely state of Mewar is a beautiful city in Rajasthan, India. Udaipur City, formally known as the city of lakes. Udaipur is also referred to as the "Venice of the East", the "Most Romantic City of India" and the "Kashmir of Rajasthan". Udaipur the “City of Lakes” is one among the most romantic and most beautiful cities of India. The city of Dawn, Udaipur is a lovely land around the azure water lakes, hemmed in by the lush hills of the Aravalis. A vision in white drenched in romance and beauty, Udaipur city of Rajasthan state is a fascinating blend of sights, sounds and experiences - an inspiration for the imagination of the poets, painters and writers.

Udaipur offers numerous tourist attractions to gratify the thirst of tourists. Places of interest could be different for different persons and keeping this fact in mind, we have tried to provide you information regarding the best tourist attractions of Udaipur. The imperial city of Udaipur boasts of picturesque lakes, massive forts, beautiful palaces, art museums, well-laid gardens, architectural temples, colorful fairs and festivals. Anything from these places could be your place of interest. You will definitely be mesmerized by the scenic beauty of the large lakes that form a picture-perfect background of Udaipur city.

How To Reach Udaipur

The airport at Udaipur air links it with other major cities of India like Delhi, Jaipur, Jodhpur, Aurangabad, and Mumbai.

Udaipur can be easily reached by road as well linking it to tourism destinations in Rajasthan and neighboring states of Gujarat, Uttar Pradesh and Madhya Pradesh.

A fusion of Medieval European and Chinese architecture, the City Palace was built by Maharaja Udai Singh. This marble monument is situated on the eastern banks of Lake Pichola. A triple arched gate called Tripolia, built in 1725, provides the entry to the palace.

Pichola Lake derives its name from Pichola Village was submerged and MaharanaUdai Singh enlarged the lake after he founded the city. He built a masonry dam known as Badipol and lake is now 4 km long and 3 km wide.

The Lake Palace is located on the Jag Niwas Island and covers the whole of 1.5 hectare of the island in the middle of the Pichola Lake. Built by MaharanaJagat Singh in 1743 it was meant as a royal summer palace and now converted in to a five star palace hotel.

A beautiful lake, overlooked by a number of hills on the three sides and the Pratap Memorial on the north was built by Maharana Fateh Singh. In the middle of the lake is Nehru Park - a lovely garden island with a boat shaped cafe accessible by an enjoyable boat ride.

MaharanaSangramsingh builds this in the mid 18th century. The 'garden of the maidens' brings to mind the lifestyle of the ladies of the court. The delightful gardens appear discreet and in impeccable taste. There are four pools with dainty kiosks, and all around are flowerbeds, lawns, pools and fountains protected by a series of walls and shady trees.

Jagdishji, is a major monument and should be seen carefully. Raised on a tall terrace and completed in 1651, it is a tribute alike to the tenacity of its builders and the resilence of the art - tradition it represents.

It attaches a double storeyed Mandapa (hall) to a double - storied, Saandhara (that having a covered ambulatory) sanctum. The mandapa has another storey tucked within its pyramidal Samavarna (bell - roof) while the hollow clustered spire over the sanctum contains two more, non - functional stories.

A spectacular rose Garden laid out by Maharana Sajjan Singh, is situated near the palace on east side of Lake Pichhola. A library in the garden has a rare collection of ancient handwritten manuscripts and books.

Within the garden, there is a zoo with tigers, leopards, chinkara and many wild animals and birds are being kept.

Other Attractions of Udaipur 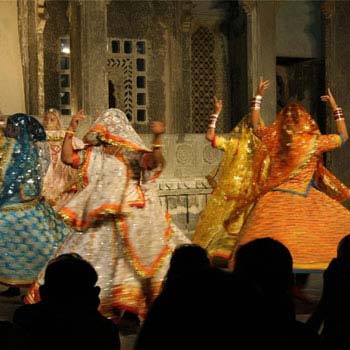 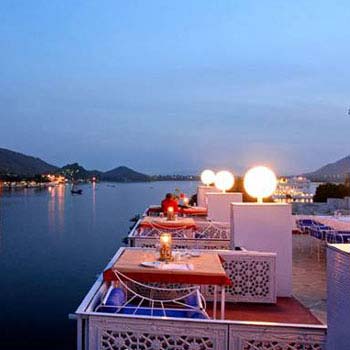 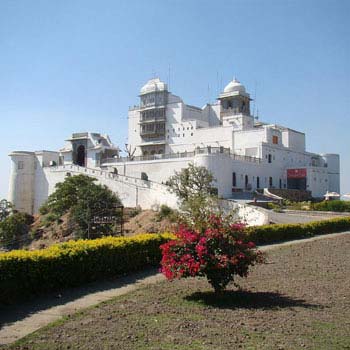 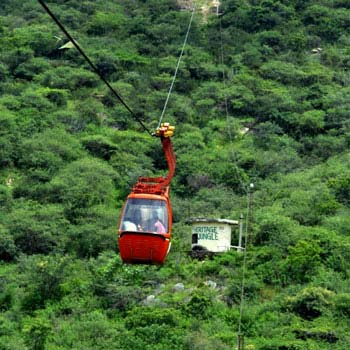 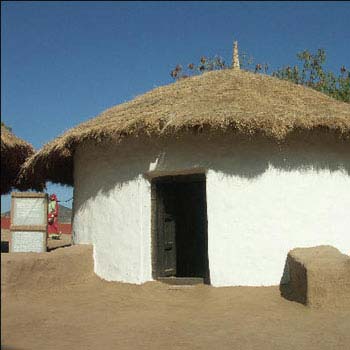 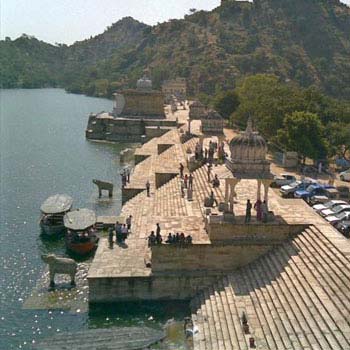