From the mighty Mehrangarh Fort to the Umaid Bhawan Palace, from Jaswant Thada to Balsamand Lake, Jodhpur gives you a royal welcome.

The city of Jodhpur seems like an oasis in the vast desert. Jodhpur is one of the favorite tourist destinations in Rajasthan. People from India as well as all over the world visit Jodhpur every year. There are a number of tourist attractions in Jodhpur, enchanting the tourists.

The city is known as the "Sun City" for the bright, sunny weather it enjoys all year. It is also referred to as the "Blue City" due to the blue-painted houses around the Mehrangarh Fort. The old city circles the fort and is bounded by a wall with several gates. However, the city has expanded greatly outside the wall over the past several decades. Jodhpur lies near the geographic centre of Rajasthan state, which makes it a convenient base for travel in a region much frequented by tourists.

The forts, palaces and havelis of the city are complemented by the various vibrant fairs and festivals that draw a large number of people. Some of the popular events of Jodhpur are Marwar Festival, Jodhpur International Desert Kite Festival, Nagaur Fair etc.

The rich Rajput culture and the warmth of the people in Jodhpur is simply overwhelming.

From blue houses and towering forts to reflective lakes; Jodhpur offers delightful scenic vistas all around.

How To Reach Jodhpur

Jodhpur has its own domestic airport which is just 5 kilometres from the city centre. This airport is well-connected to other major cities such as Delhi, Mumbai, Udaipur and Jaipur. Once you reach the airport, you can hire a cab which will charge around Rs. 100. In case you are looking for an economical option, you can hire autos. The nearest international airport to Jodhpur is IGI airport in New Delhi which is well connected with different cities across the globe.

Jodhpur is well connected by buses from Delhi. There are numerous private buses, Volvo coaches and deluxe buses that ply between Delhi and Jodhpur throughout the day. You can also take a bus till Jaipur and then board another government operated bus to Jodhpur from there. Government operated buses like AC Goldline and Silver Line Express also run between the two places.

Places To Visit in Jodhpur

Also known as Chittar Palace, this monument is divided into three areas, namely a heritage hotel, museum and the Maharaja’s royal residence. Umaid Bhawan Palace is one of the most exclusive hotels of Jodhpur. An architectural marvel, it is equipped with all modern facilities and offers a royal experience.

Marbled squash courts, billiards rooms, a private museum and much more await you here. Visit the museum to see royal artifacts and armour, old clocks, glassware and other miniatures that are on display.

The Jaswant Thada is an architectural marvel with intricate carvings. Famed as one of the most beautiful white marble cenotaphs, it was built in 1899 by Maharaja Sardar Singh in commemoration of his father Maharaja Jaswant Singh II. This white marble wonder of Rajasthan is often called the Taj Mahal of Marwar. The splendid edifice is a perfect example of Rajputana style of architecture. Its impeccable design and architecture is symbolic of the fine craftsmanship of the bygone era.

The main memorial is built like a temple, with beautiful domes and finely carved sculptures. Visitors can see here beautiful portraits of the various rulers of Jodhpur. The complex also features a memorial of a peacock that flew into a funeral pyre. Magnificently carved gazebos, an exquisite multi-tiered garden and a small lake surround the cremation ground.

A magnificent historical edifice that serves as the crowning glory of Jodhpur, this fort stands on top of a raised hillock that is 400 metres above the level of its surrounding terrains. With its sprawling expanse, it prides in being one of the largest forts present across the country. The eventful history, well-preserved heritage and impressive architecture of this fort make it the face of Jodhpur on national as well as global platform.

Mehrangarh – a word for 'fort of the sun' – was chosen as the name of this massive structure that is 500 yards long and features 120-feet high and 70-feet thick walls. Today, this fort is preserved and owned by Maharaja Gaj Singh II – the current Rathore ruler.

Clock Tower, also known as Ghanta Ghar , is an important landmark in the Old City of Jodhpur. The mighty ruler Maharaja Sardar Singh built this colossal clock tower, in proximity to the popular Sadar Bazar. This few-storey tower is beautifully lit in the evening, which adds to its overall appeal.

The market or bazar is home to more than a thousand small shops that sell a variety of products at quite a reasonable price. This bustling market is popular for selling spices, handicrafts, tea, sweets, jewellery and much more.

The famous Chamunda Devi Temple is dedicated to Goddess Durga and is located at the end of the Mehrangarh Fort. Rao Jodha got the main idol of Chamunda Mataji for the temple from Mandore in 1460. Every year, during Dusshera, millions of devotees gather at the fort to get a glimpse of the temple.

Located on Mandore Road, Mahamandir, or the great temple, stands majestic and tall. Built on 84 huge pillars adorned with impeccable artistry in the form of carvings of various yogic postures, it houses various ancient shrines. The walls and pillars here boast of a number of traditional motifs.

Visit the Government Museum to see a unique display of the rich collection of weapons, textiles, miniature portraits, local crafts and images of Jain Tirthankaras (sages). Other than that, you would find many interesting artifacts here. A visit to this popular museum is a must if you are a lover of history and archaeology.

Other Attractions of Jodhpur 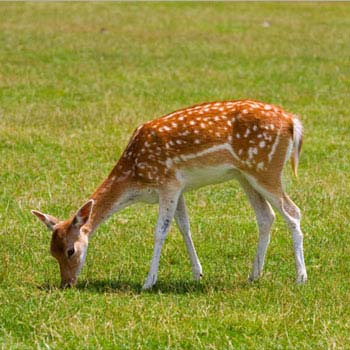 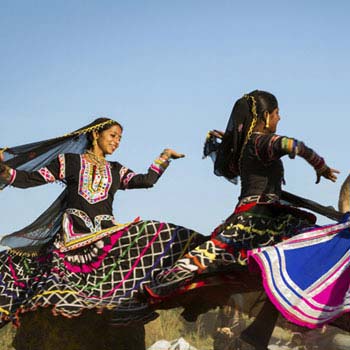 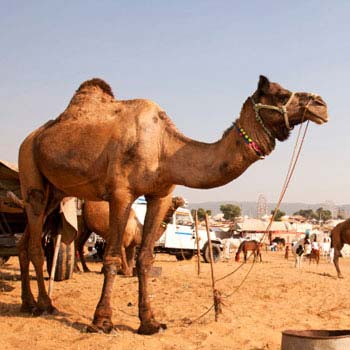 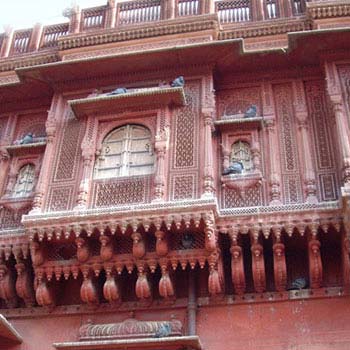 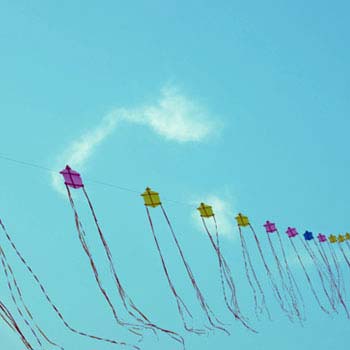 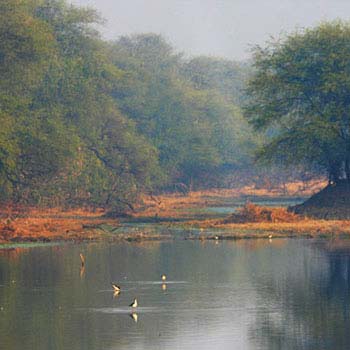 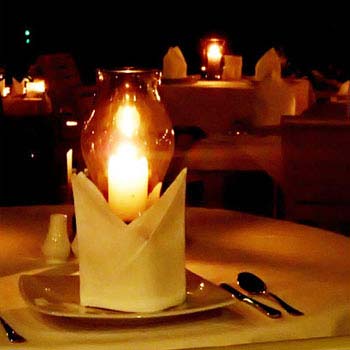 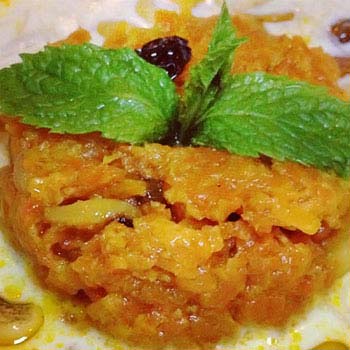 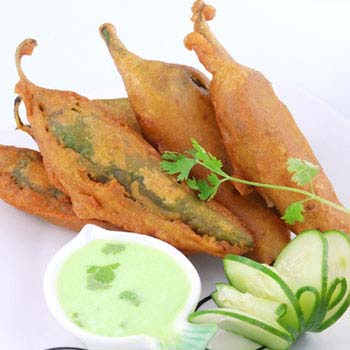 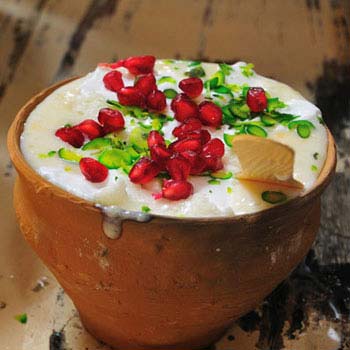 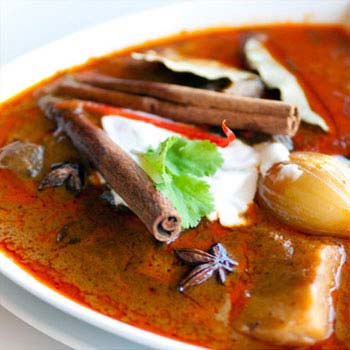 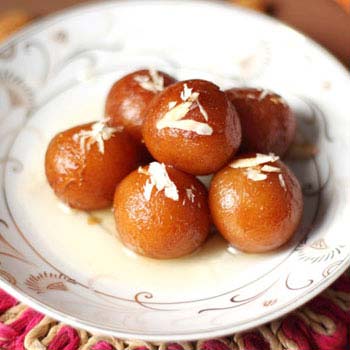