Jaipur is the first planned city of India, located in the desert lands of Rajasthan. The city that once had been the capital of the royalty, now serves as the capital city of Rajasthan. The very structure of Jaipur resembles the taste of the Rajputs and the Royal family. In the present date, Jaipur is the major business centre for the natives of Rajasthan with all requisites of a metropolitan city. The city of Jaipur, painted in pink, grasp the appreciation of every visitor. One can see that hoary charm still alive in the avenues of Jaipur.

The active streets of Jaipur get plenty of visitors, every year at their footsteps. The Ancient Testimonials in the form of mind-blowing monuments remind one of the past ages. The city comprises the famous structures like Hawa Mahal, City Palace and Amber Fort, the best architectural examples of India. Artistic temples and gardens of Jaipur, marks the atmosphere of serenity and aestheticism to the lands of Rajasthan. The lively city observes its ethnicity by celebrating various festivals like Kite festival, Elephant festival and many others, of Indian origin.

All theses features make Jaipur, one of the most sought after tourist destinations of Rajasthan, India. The glorious city boasts of its cultural heritage from every nook and corner. Jaipur is the reservoir of Indian customs, traditions, civilization and legacy. Jaipur lies at a distance of 260 kms from Delhi, the capital of India and the city is well-connected with other major cities of India. Every year, People across the globe come to experience this royal capital city of Rajasthan.

How To Reach Jaipur

Must Visit Places in Jaipur

Built in 18th century by Maharaja Sawai Jai Singh II, the huge masonary instruments were used to study the movement of constellations and stars in the sky. Enormous sun-dial still provide accurate time, which are subject to daily corrections.

Built in 1799, by Maharaja Sawai Pratap Singh, is the most recognizable monument of Jaipur. The 5 storied stunning semi-octagonal monument having 152 windows with over hanging latticed balconies is a fine piece of Rajput architecture. Originally designed for the royal ladies to watch and enjoy the processions and other activities, on the street below. Now it houses a well laid out museum. The display “Jaipur past and present” is the special feature of this newly setup museum.

(15 kms.) standing on a hilltop, overlooking the palaces and city of Amer. The world’s biggest cannon on wheels- the Jai Ban is positioned here, built during reign of Maharaja Sawai Jaisingh. It has a twenty feet long barrel and pumped in the cannon for a single shot.

The old capital of the Kachhwahas stands atop a range of craggy hills. The fort is remarkable as much for the majestic grandeur of its surroundings as for its sturdy battlements and beautiful palaces. It is a fine blend of Hindu and Muslim architecture. The solemn dignity of it red sandstone and white marble pavilions, when reflected in the lake at the foot hill, is a sight to behold. The original palace was built by Raja Man Singh, the additional extensions were built by Maharaja Mirja Raja Jai Singh and Sawai Jai Singh lIthe last Maharaja of Amer, who built a new city called Jaipur, where he shfted his capital in 1727.

Other Attractions of Jaipur 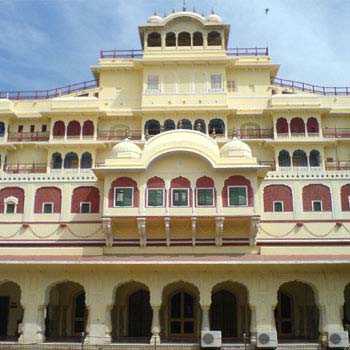 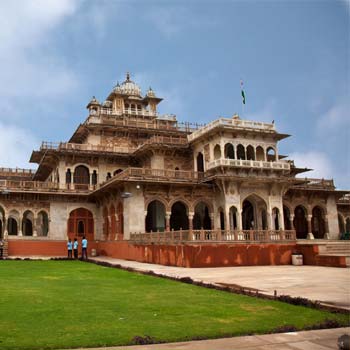 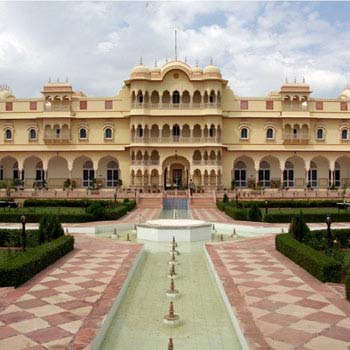 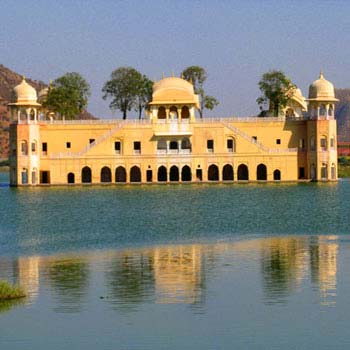 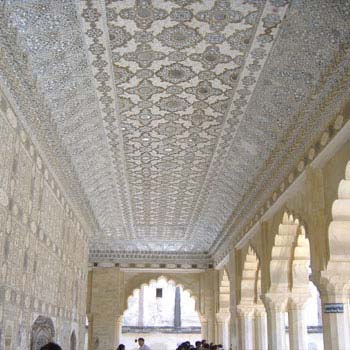 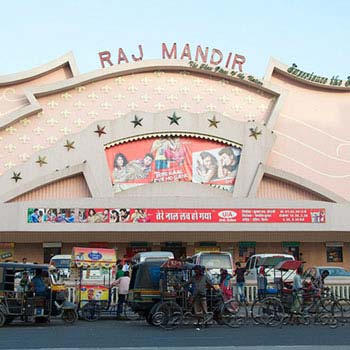