Of forts and museums, temples and shrines, desert and lake; Bikaner can make you feel like a Maharaja one day and a dreamy saint on the other!

Bikaner is one of the three main destinations on the Desert circuit. The other two being Jaisalmer and Jodhpur. In AD 1485, Bika, the son of Rao Jodha of Jodhpur, built the fort of Bikaner and three years later founded the city by the same name. It is said that a random comment made by his father expressing his displeasure at the son’s whispering talk durbar, so offended bika that he resolved to set up his own kingdom in the deserts of the north and soon left with an expeditionary force comprising 100 horse and 500 foot in order to accomplish his mission. Reaching the Sankhlas and started consolidating his position and extending his domination. When bika died in AD 1504, his rule is said to have extended over 3,000 villages. In the 16th century the Bikaner rues came into conflict with the Mughal emperors in Delhi whom they vanquished in the early encounters. It was Akbar’s diplomacy which finally won the Bikaner rules over. Later, many of them served with distinction as commanders in the Mughal armies. In 1818 Maharaja Surat Sing h negotiated a tresty with the British and Bikaner became a protectorate of the empire.

No account of Bikaner can be complete without the mention of its most illustrious ruler – Maharaja Ganga singh (1800-1943). A man of vision, his reformative zeal hastened the pace of Bikaner’s transformation from a small principality into one of the premier princely states of India. He was regarded as one of the most enlightened rulers of his times, who transformed the very face of Bikaner and its economy by promoting, inter alia, the gang canal, and an ambitious irrigation project that converted large tracts of desert land into rich farmland. The extension of railway lines in the state was another of his important achievements.

The place was especially well known for its school of miniature paintings which are an admixture of the Rajput and Mughal styles.

Bikaner houses some of the most ancient artefacts in various museums and is home to royal palaces which have now been converted into heritage hotels.

Not many know that this unique jewellery was originated in Bikaner. Head to the old city of Bikaner where you would find almost every third shop selling beautiful Kundan ornaments.

Watch Bikaner at its grandeur best during the month of January. Yes, it’s time for Camel festival where you can witness the true spirit of the ship of the desert.

How To Reach Bikaner

Though Bikaner does not have its own airport, the closest airport will be the Jodhpur Airport, which is 251 kilometres away from the city. Some of the Indian cities which have a direct flight from Jodhpur Airport are Delhi, Bengaluru, Kolkata, Hyderabad, Lucknow, Mumbai, Pune, Goa, Indore, Guwahati, Ahmedabad, Jammu, Chennai and others. The airport also have flights from major international sectors like Chicago, Los Angeles, London, Paris, New York, San Francisco, Frankfurt, Amsterdam, Bangkok, Singapore, Hong Kong and Zurich.

Bikaner has two railheads- Bikaner Junction and Lalgarh Railway Station. Both the stations are approximately 6 kilometres away from each other and are located within the city, a reason why, train is widely preferred by most of the travellers. Bikaner has a proper and well-linked rail system that is connected to most of the Indian cities like Delhi (via Rajasthan Sampark Kranti Express Slip and Delhi Sarai Rohilla - Bikaner Intercity Express), Jodhpur (via Kalka Barmer Chandigarh Express), Punjab (via Adi Jat Express), Hyderabad (via Secunderabad Bikaner Express), Ahmedabad (via Jammu Tawi - Ahmedabad Express) Mumbai, Kolkata, Guwahati, Thiruvananthapuram and other cities.

Bikaner is well-connected with plenty of bus services. Depending upon your budget and the time taken to travel from one city to another, you can choose a particular bus service that ranges from the premium coaches like volvo, luxury, air-conditioned, non-air-conditioned and deluxe buses to other state-owned government buses. In case you plan to take an overnight journey to Bikaner, it is advisable that you opt for a sleeper coach for a comfortable journey.

Places To Visit in Bikaner

Exquisitely built by Maharaja Ganga Singh in the memory of his father, Lalgarh Palace is one of the most-viewed historical sites in Bikaner. Designed by Sir Swinton Jacob, the architecture of the palace is a perfect fusion of Rajput, Mughal and European styles. Watch out for the unique latticework and filigree work in sandstone here.

986 huge walls along with 37 bastions- Junagarh fort truly boasts of a magnanimous architecture. Popularly known as the Bikaner Fort by many, the main entrance of the fort is called the Suraj Pole (or Sun gate).

As you step in, explore the palaces inside the fort that are located on the southern side comprising of courtyards, balconies, kiosks and windows. Don’t miss on visiting Chandra Mahal, Phool Mahal, Karan Mahal and Anoop Mahal that showcases paintings, mirrors and glass artefacts that will surely cast a spell on you.

One of the noted temples in Jainism, the Bhandasar Jain Temple is believed to be constructed using barrels of ghee instead of mortar. No wonder, the man who built this temple, Bhanda Shah was a rich Jain merchant.

A three-storeyed temple, it is made of red sandstone and white marble. You can offer prayers to the shrines placed at the first floor. But don't miss to marvel at the embellished interior of the temple comprising mirror-work, gold-leaf work, wall paintings and sculptured pillars.

Located on the famous Bikaner-Jaisalmer highway and dedicated to Saint Muni, Kolayatji temple was created using marble and sandstone. Flanked by 32 Ghats, the temple was constructed around Kolayat Lake (an artificial lake) which as believed by the locals, will never get dry.

If you happen to visit this temple during Karthik Purnima (which occurs in November), be a part of the magnificent fair at the temple. During this period, many people take a holy dip in the waters of the Lake which is widely known for its religious significance.

You just cannot miss visiting Gajner Palace when in Bikaner. Constructed by Maharaja Ganga Singh on the banks of Gajner Lake, this was once a hunting lodge of the Maharaja and his family.

Built by Maharaja Rao Lunakaran, Shri Laxminath Temple is one of the oldest temples in Bikaner and just 4 kilometres away from the famous Junagarh Fort. Lord Vishnu and Goddess Laxmi, grace the sacred sanctum of the temple.

The most exquisite artwork inside the temple apart from the shrines is the doorway which is embellished in silver work. Festivals like Janmashtami, Nirjala Ekadashi, Ramnavami, Diwali and Geeta Jayanti are majorly celebrated at the temple and one must not miss visiting the temple during these festivals.

Daily: 5 am to 1 pm and 5 pm to 11 pm
Note: You can check from the temple priest for exact timings of the daily aarti.

A 30-minute drive from Bikaner, this popular temple is located in the town of Deshnok. Also known as the rat temple, it draws many visitors every day owing to its unique belief of worshiping rats. Standing tall is the main shrine of Mata Karni accompanied by almost 20,000 rats that roam everywhere inside the temple.

While you are here, you can watch rats nibbling on the prasad and slurping milk. At the Karni Mata Temple, it is believed that if you sight a white rat amongst the thousands of black rats, you’re considered fortunate.

Other Attractions of Bikaner 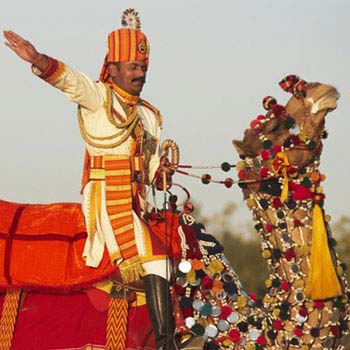 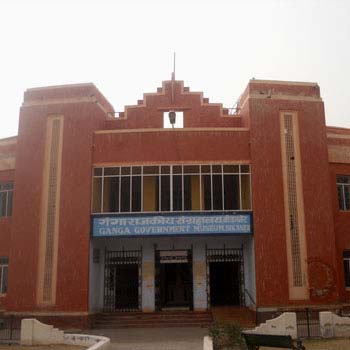 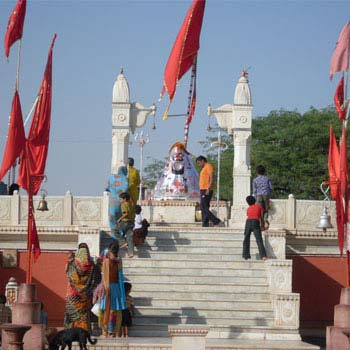 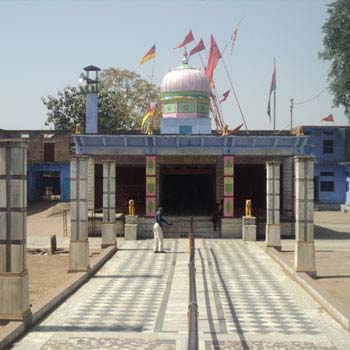 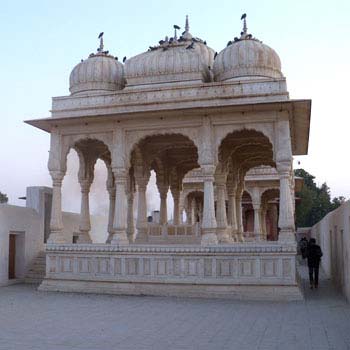 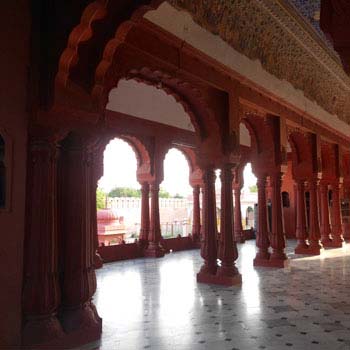 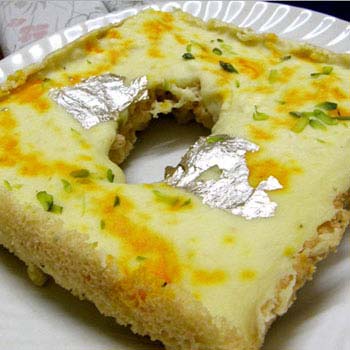 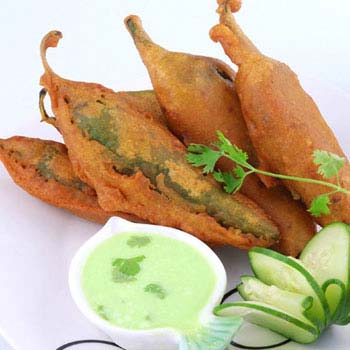 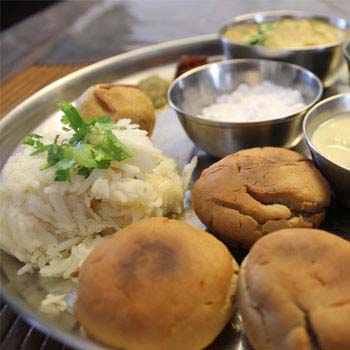 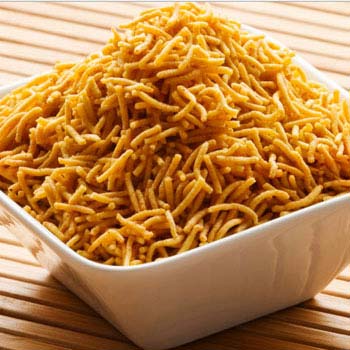 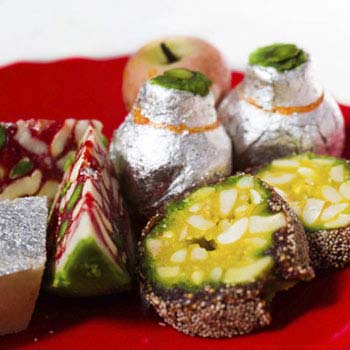 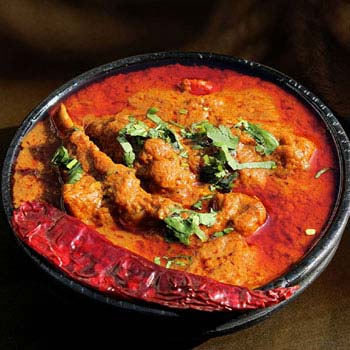